Some people might be put off buying a critical illness policy because they believe it’s unlikely to pay out, despite the proportion of claims paid by insurers standing at just over 92%.

So why is there such a gap between perception and reality among consumers?

There have been well-publicised stories in the past where a policyholder has had a claim refused because their circumstances  didn’t meet the insurer’s terms and conditions. But in reality, the number of critical illness claims declined are actually a tiny minority compared to the total paid out. Take a look at these numbers from 2017 from some of the UK’s leading insurers: 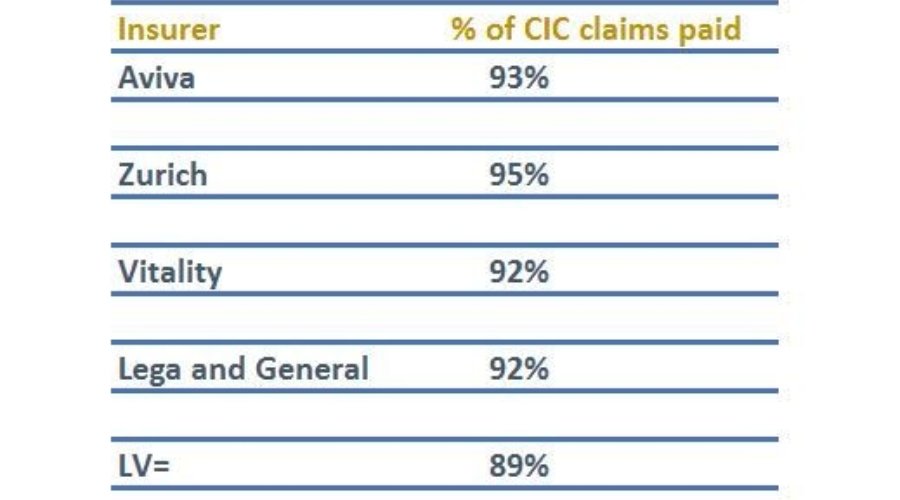 Reasons why an insurer may not pay a claim:

A critical illness policy pays out a tax free lump sum on diagnosis for any of the specified serious illnesses – around 100, including cancer, heart attack or stroke. There are additional benefits available with these policies which can be lifechanging when called upon.

The cover might seem costly; a policy from Aviva for a 35-year-old non-smoker needing £200,000 cover over 25 years would cost £64 a month and it gets more as you get older but the value of this type of protection makes it absolutely worth considering. In fact, the Association of British Insurers reported that a total of 96% of critical illness claims made for cancer were paid out across the industry, demonstrating the positive impact these products can have during the worst of times.

The insurance market can be complex and confusing. Price comparison sites can make it easier to search and compare critical illness policies, but there’s such a large choice and variety of products and you might end up paying for something that doesn’t quite fit your circumstances.

Don’t leave it to chance, seek professional, face-to-face advice from someone who will get to know your circumstances, your family history
and your likely protection requirements and recommend critical illness cover that’s right for you.